I’m watching Boise State vs. Nevada. Boise is in the final stages of its wah wah wah we should play for the national championship whine. I find it annoying and desperately want them to lose. But alas they’re up 17 points.

And then Nevada comes back. Score. Score. And then a field goal to tie the game with just a few seconds left. OT here we come. 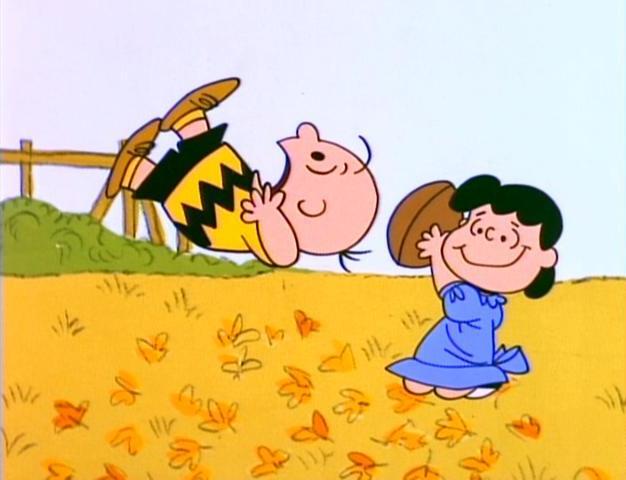 Image from the game courtesy of the slowlearner network

But Boise throws one crazy desperate pass and it works. Bastards. All they need is a chip-shot 26-yard field goal. The kicker,  who had been 3-for-3 including a 50-yarder the previous week, comes in to clinch the game — and the world’s easiest field goal sails wide left. It’s a kick that he would make 99 out of 100 times.

Suddenly I don’t want Boise to lose after all. I feel so awful for this poor kid, who has just single-footedly blown the biggest kick of his life.

Luckily, life is a series of second chances. Boise gets the ball first and has to settle for a 29-year field goal to regain the lead. This guy, a fourth-year starter and the team’s leading scorer, trots on to the field for his redemption, and — wide left again. Apparently I was wrong. It’s a kick that he would make 98 out of 100 times.

Nevada gets the ball and its redshirt freshman nails his field goal to dash Boise’s championship dream.

I can’t savor Boise finally losing. I sit here depressed over a poor kid whose life will forever be tainted by two kicks on a Thanksgiving weekend.

How many times in life do we all go wide left? It’s Charlie Brown and Lucy with the football. We’ve all been there, totally screwing up something easy at a crucial moment. We just don’t have espn showing our mistake in slow-motion instant replay on an endless loop.

I hope the kicker goes on to have a happy and productive life. I’m sorry that when it’s over the first paragraph of his obit is going to read, “Kyle Brotzman, whose two missed field goals dashed Boise State’s national championship hopes in 2010, died blah blah blah…”

I suppose that’s just the price you pay for painting your field blue. Still it’s sad. Destined to go through life wide left …