Just another race in Portland

You gotta be nuts to go all the way to Portland for a 10k. Nobody ever accused us of sanity. 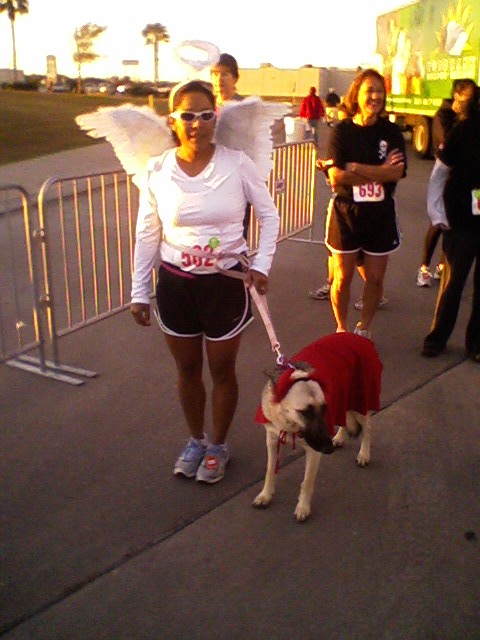 And some little ones. 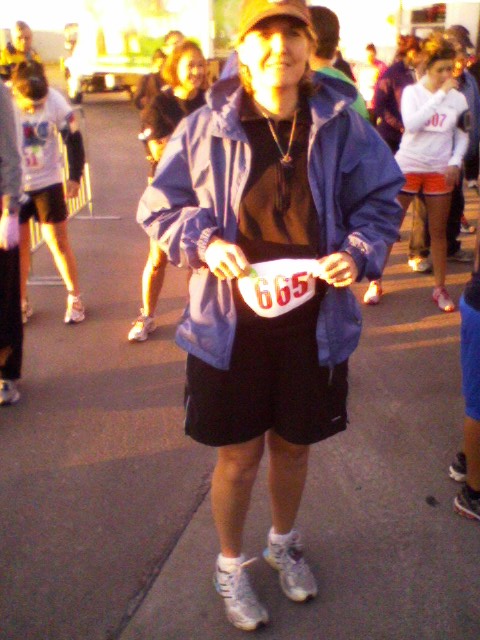 Mo compromised bysuggesting that I wear it upside down. I pointed out that it sort of defeated the purpose of wearing a number, but she assured me this would allow me to avoid eternal damnation. I am not big on eternal damnation.

Weirdly enough, when we lined up to start I was standing next to a German shepherd wearing a devil costume. Maybe Mo is wise.

I set out to run a sub-12 pace. What I did not consider was that running a 12-minute pace in Portland is not conducive with sticking with the race leaders.

When we hit the turnaround at 5K I did the customary look down the road to see the string of runners coming up. Exept there weren’t any. One guy. I was next to last. Sigh.

But the second half of the race was the most fun. The third-to-last person was within sight. I was constantly trying to reel him in but he never budged. There were enough turns that I could see the guy behind me. No way was I going to let him get past me.

The water stop was worked by an 8-year-old kid wearing a Hell’s Angel vest but no clown mask. The only race markings in a complicated course were a couple of small signs with red arrows. I hoped nobody was holding an open house. I would be lost in Portland forever.

And then the race was over. Mo, who had run the 5k in excellent form, cheered me at the finish. I waited a couple of minutes for the last guy and gave him a well-earned high five. It didn’t matter where we finished; racing is racing. 1:08:12 (11:18). I was happy with it; that’s what I had today.

A fun outing with a lesson. If you’re going to run with the big dogs, watch out for the poop on the road. Thanks, Portland. Sorry about that race number mixup …

10 Responses to Just another race in Portland