i call it a draw

Kindred spirits: El Señor and the illustration of the Prophet Sheehan in “Running & Being.” 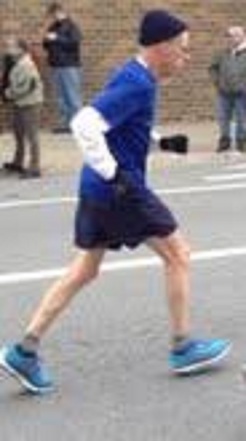 They’re my two favorite runners. I just never realized that in some cosmic way, they’re the same runner.  Come to think of it, I’ve never seen El Señor and the illustration of the Prophet Sheehan in the same room …

Speaking of running, today’s was OK. Back in Oggi and the ITB was fine. funny.

Perfect weather and a suspicious-looking dog didn’t pee on my leg after all. What more could you ask for? Well, sure, to be a dead-ringer for the illustration of the Prophet Sheehan. But that one’s already taken …

4 Responses to i call it a draw