seriously. NO recollection of what her record was.

after a week of avoiding the internet and the inevitable spoilers that lurk there, i finally watched the big movie last night. and all i can say is WOW!

you go into an event like that with high expectations, worried that the actual movie has no chance of living up to your expectations. but sometimes a cinematic experience is so great that it soars over the rainbow.

that’s right. i watched the wizard of oz. (what. did some OTHER movie open this weekend?)

the best thing about being old is that you forget stuff. computer passwords, russian classics, arantxa sanchez vicario’s doubles record. so even though i first saw the wizard of oz on a black and white tv (leaving me clueless about what the big deal was about arriving in oz), i was on the edge of my seat through the entire movie. mostly because we have a very small tv, and sitting on the edge of my seat allows me to see it.

i must admit i’ve always been annoyed by the title. the movie isn’t about the wizard of oz at all. it’s about (SPOILER ALERT) a girl and her search for her identity. the wizard doesn’t even show up till the waning moments of the movie, long after the time i’ve nodded off. if they had gone with something sexier like ATTACK OF THE FLYING MONKEYS, this movie could have been a timeless classic as opposed to the late-night filler it was destined to become.

Mostly it’s all about the star, of course. that voice. that timeless beauty. mickey rooney IS the perfect dorothy. i never cared much for michael jackson’s version of dorothy in the remake, although bubbles was the definitive flying monkey. i could watch rooney sing over the rainbow all day, or three minutes, whichever is shorter. and the inclusion of the grammy award-winning band toto was a huge plus, although they were unable to perform because of a huge song royalty dispute. but still.

trivia: the munchkins in the L. Frank Baum book were the same height as dorothy and wore exclusively blue clothing. i have no idea why they were changed to dwarves wearing technicolor costumes, unless the movie makers were aware that stoners several generations later would be syncing pink floyd’s dark side, and they wanted to give something for them to freak out about. one other point of trivia: dorothy in the book is 12 years old. judy garland in the movie was in her mid-40s and may or may not have been dead at the time. and yes, the entire book was in black and white.

bonus trivia: irene ryan, granny in the beverly hillbillies, was originally cast as the tinman, but was found to be allergic to the silver paint required for the costume. jack haley was then cast for the role. Haley was unable to perform rock around the clock because of a huge song royalty battle. they had a lot of huge song royalty dispute back in those days. of course that was before pandora did away with songwriting royalties altogether.

and (SPOILER ALERT) although i was sad to see the cowardly lion killed toward the end of the movie in the epic battle (like he had a chance against a flying monkey with a light saber), i guess it’s all for the best, since he had lost interest and didn’t want to make any more sequels. coward.

all in all, the movie is a wonderful tale of coping with growing up told through the prism of a more innocent time.  “If I ever go looking for my heart’s desire again, I won’t look any further than my own back yard. Because if it isn’t there, I never really lost it to begin with!” a simple sentiment before the world became so damn big. of course, i don’t have a back yard. so i guess i’m screwed.

but the real magic of the movie is the quotes.  you forget how great the words are. Somewhere, over the rainbow, way up high, There’s a land that I heard of once in a lullaby. Toto, I’ve a feeling we’re not in Kansas anymore. Ding Dong, the witch is dead,Which old witch?The wicked witch. As Coroner I must aver, I thoroughly examined her, and she’s not only merely dead, she’s really most sincerely dead. Lions, and tigers, and bears! Oh, my! How can you talk if you haven’t got a brain? I don’t know… But some people without brains do an awful lot of talking… don’t they? I’ll get you, my pretty, and your little dog, too! I’m melting! A heart is not judged by how much you love; but by how much you are loved by others. Pay no attention to that man behind the curtain. Back where I come from there are men who do nothing all day but good deeds. They are called phila… er, phila… er, yes, er, Good Deed Doers.  I think I’ll miss you most of all.  There’s no place like home.

it’s a pretty great movie. it’s not being shown in many theaters because of the huge hype over the Poehler/Fey movie that opened this weekend, but if you can find it in one of those little art movie joints that shows mostly french documentaries with eight-dollar espressos, it’s worth a viewing. but bring your ipod. you gotta sync up floyd. 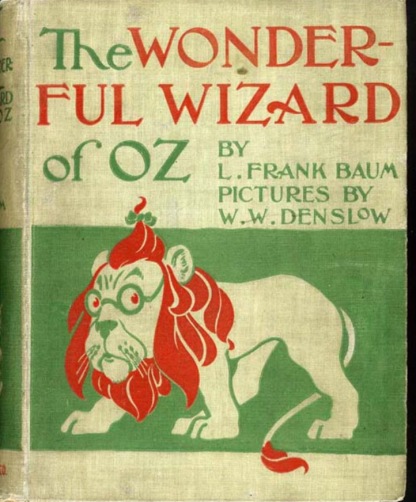 ps: you can download the book for free on ibooks. because what could be better than pretentiously offering, “yeah, the movie was ok, but i thought the book was better.”

no sock monkeys were harmed in the making of this blog.
View all posts by gary →
This entry was posted in margarine and tagged cinema, life, television. Bookmark the permalink.