and then, we weren’t. 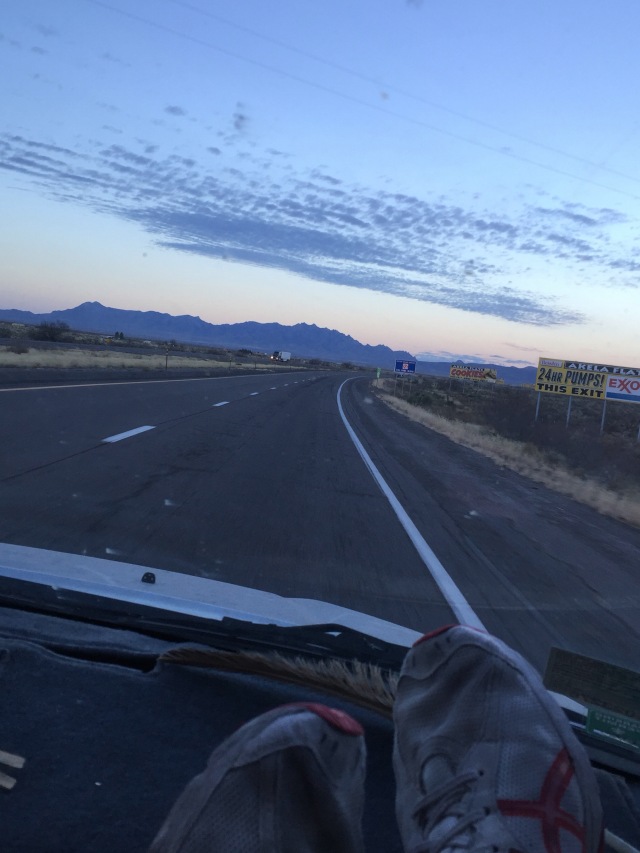 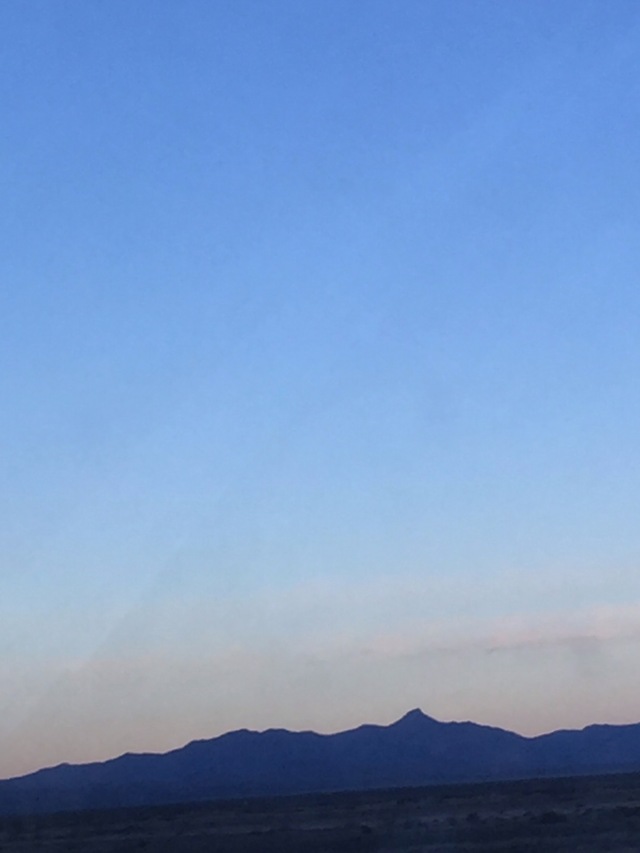 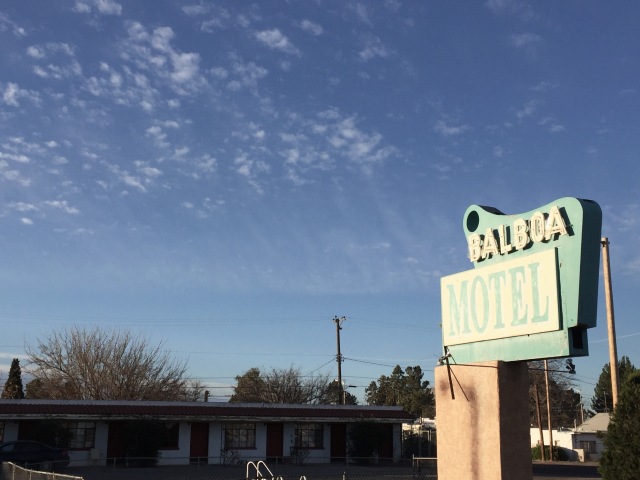 we’re driving through the new mexico desert with an endless sky. mo is screaming along with bob schneider as he sings tarantula. i’m thinking life gets no better than this.

i-10 through new mexico is a mixture of breathtaking vistas and endless signs for roadside turista traps. i sometimes feel my inner edward abbey flaring up, longing for a chain saw and a flask. and yet i find myself wishing for a good deal on a serape. 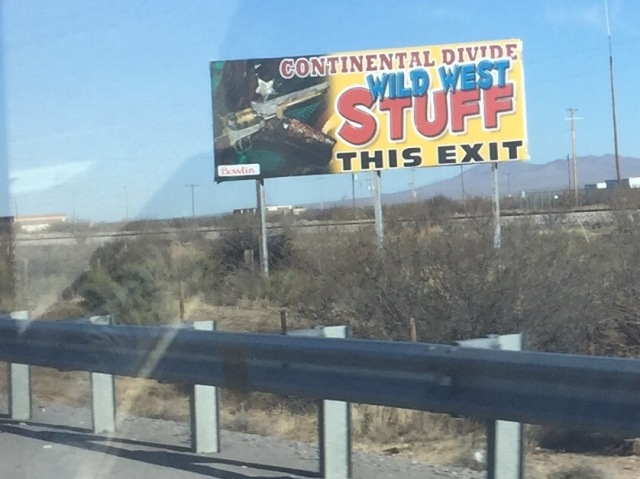 driving theough lordsburg, mo sees the last remnants of a long dissolved sign on a crumbling building. all that’s left is a bit of a design and the number 2. DUDE! she exclaims. I THINK THAT’S A SHEPARD FAIREY POSTER!!! mo probably needs to sleep soon. 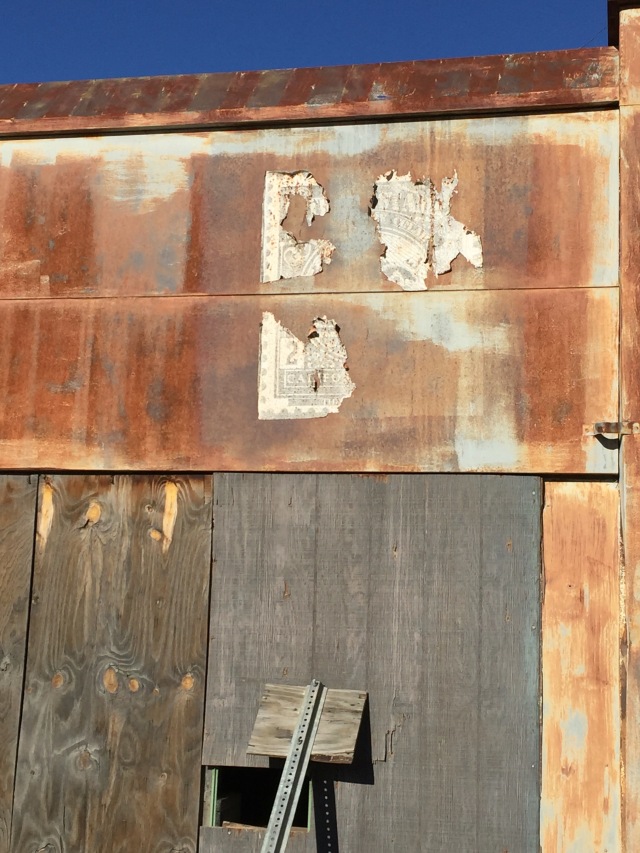 mo blasts her horn at a truck driver who doesn’t seem to understand what the big red sign with “stop” on it means. i give her the lecture about small towns and crazy people and too many guns. she shrugs. a couple of blocks later, this. i win. 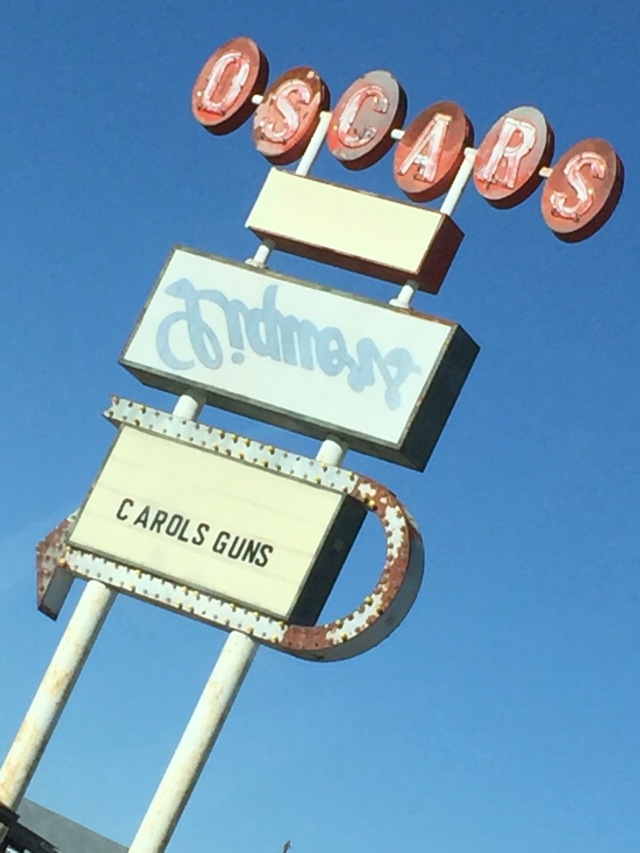 I CAN’T GET THE LA LA LA LA LA SONG OUT OF MY HEAD WE MUST GET TATTOOS RIGHT NOW I NEED EYELINER AND TOOTHPASTE IMMEDIATELY, mo screams without breathing. coffee officially cut off for the rest of the morning.

we’re driving into some little ghost town called stein. i’m nervous. doesn’t look friendly. can we go in here? i ask. sure, mo says. i just don’t know if we’re ALLOWED to go in. we survive.

sometimes you wonder where you belong. sometimes all you need is a sign.

100 miles outside of tucson, the game begins to see who spots the first saguaro.

and then, with no warning, mo snapped.

mo, having orchestrated a horrific interstate crash to distract me, spots the first saguaro. but then at the wendy’s afterward she must identity the song  playing to clinch her championship. Yardbirds, she says confidently. joe jackson, i point out. bite me, she says. i’m not even sure that’s a real band name. 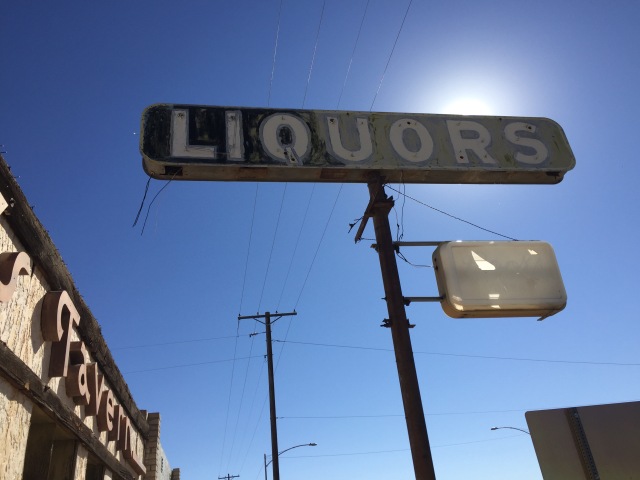 when she first moved to arizona, mo was scared of the “weird trees.” now she speaks their language.

1,300 miles, 26 hours and two brown ales later, mo gets in line at 9 pm sunday for the tuesday night show. i promise to drop off a bagel monday. i will likely forget. oh, well. 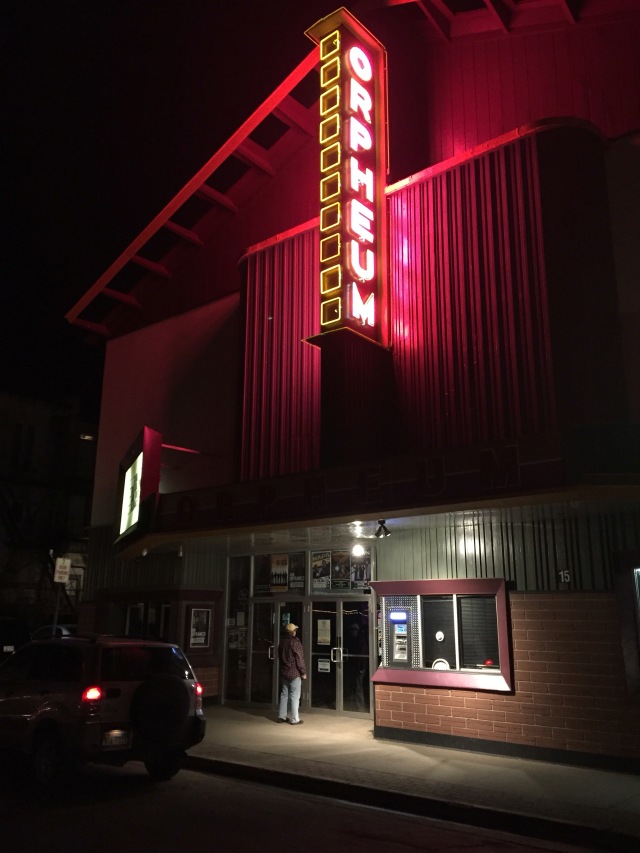 no sock monkeys were harmed in the making of this blog.
View all posts by gary →
This entry was posted in margarine, running and tagged art, life. Bookmark the permalink.

1 Response to the ani chronicles