mo shuns the hotel coffee. we set out for late for the train. it’s 2 degrees and i’m wearing shorts. i finally learn mo’s priorities. dogs before coffee. 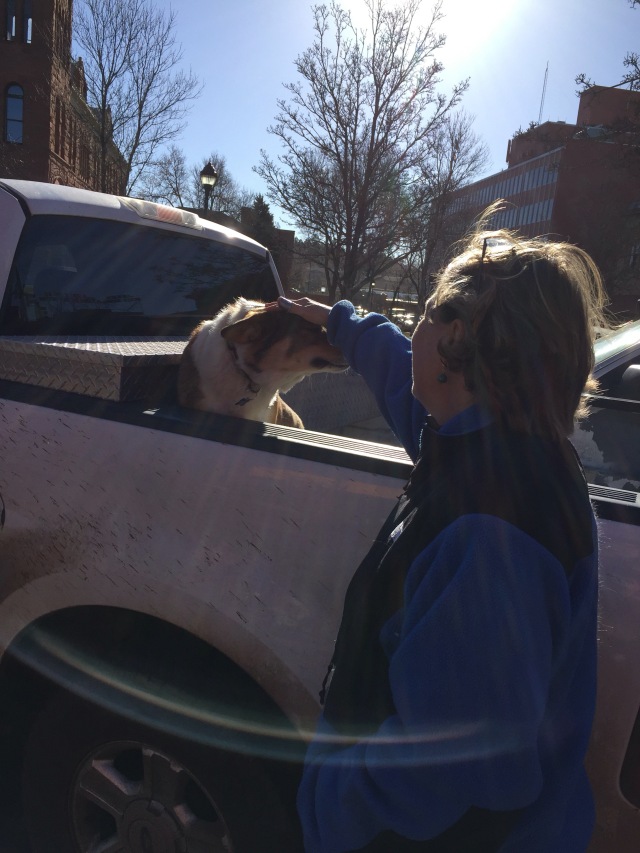 as we walk in to the aroma of freshly roasted coffee, i ask what that smell is. heaven, she replies. indeed. 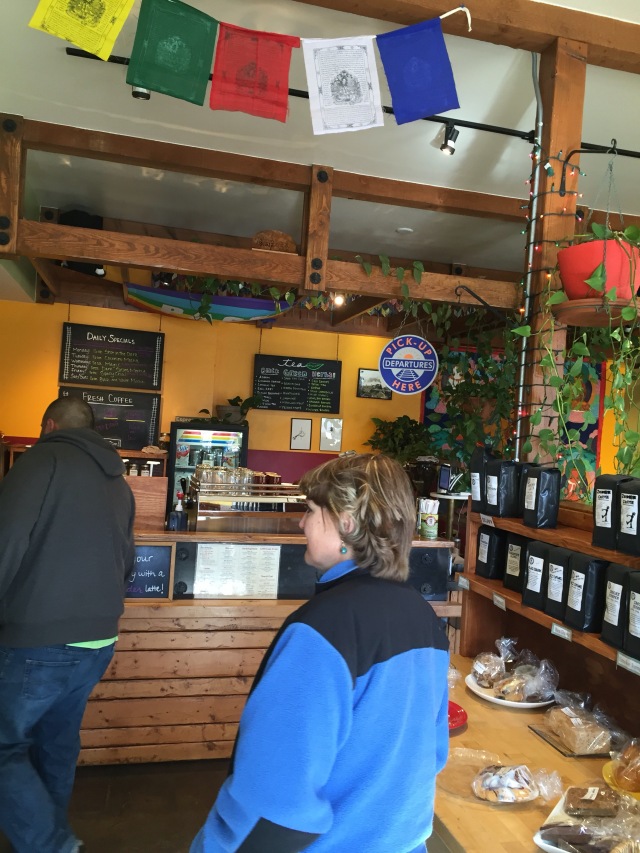 we’re having coffee across the street from where we got married. when did we get married? august 10? i remind her august 12. what’s it been, 12 years? i ooint out it’s been 14. ah, that’s right. and what’s your name again? mo sheppo, last of the true romantics. in her defense, she just started her latter. keep ’em coming.

we have rituals. coffee, beer, pizza, courthose steps. and a visit to the joe sorren mural. google joe sorren sometime when you’re bored. brilliant artist. sorren friend tells mo he has moved to new york.   like an artist can make a living THERE. must be a bagel nut. 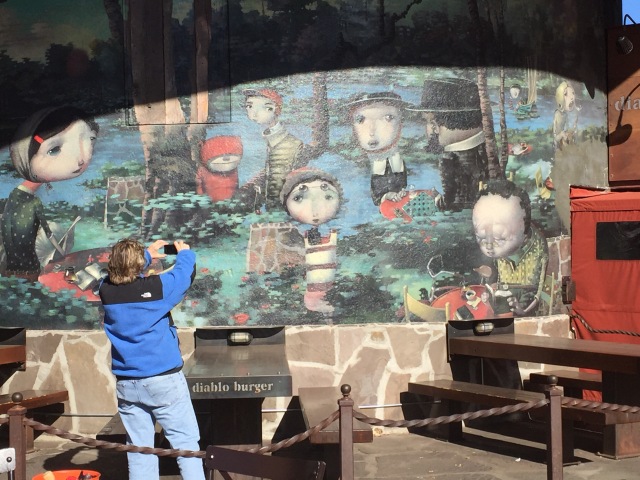 in a former lfe i did a lot of bicycle touring. i liked it because you see a lot of things at 15 mph that go unnoticed from a speeding car. traveling with mo is like that. we’re parked on the side of the road because she has seen a mountain she must paint, even though her oils are frozen. i wander off and come across a small shrine in the pasture nearby. living in south tejas, you learn to respect and love these. i’m not sure how to decipher this one. american flags, pine cones, jack o lanterns. a saint holding a candle next to a cupcake. a turtle and a hummingbird. the marker says simply feb 2012. i say a little prayer to the indian gods who preside over these parts and walk back to mo. never take life for granted. 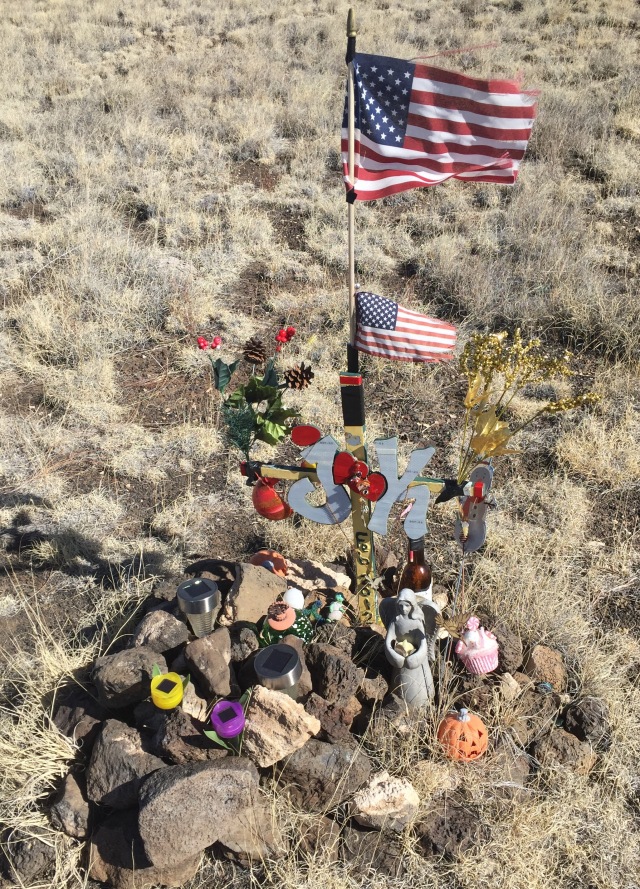 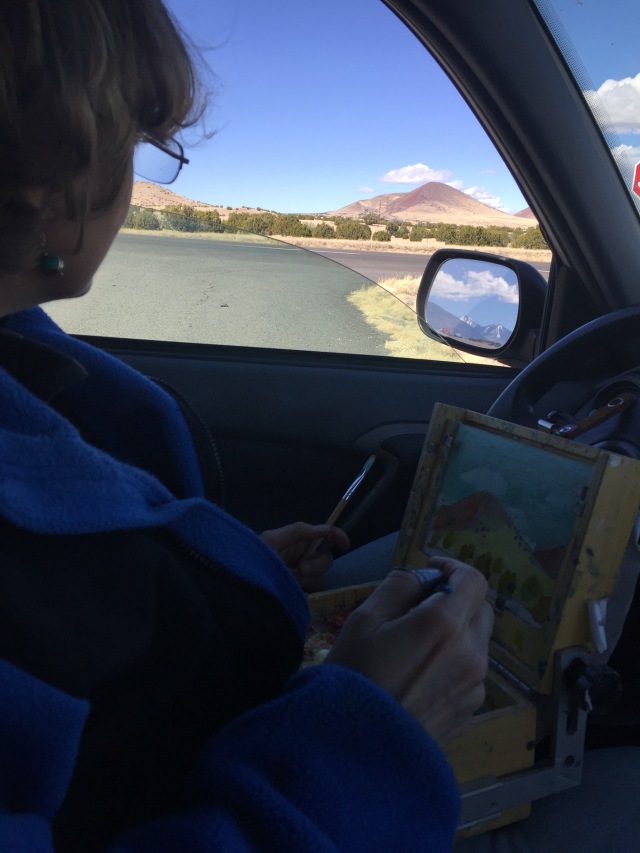 you can see forever driving in northern arizona. that’s forever over in the upper right corner. 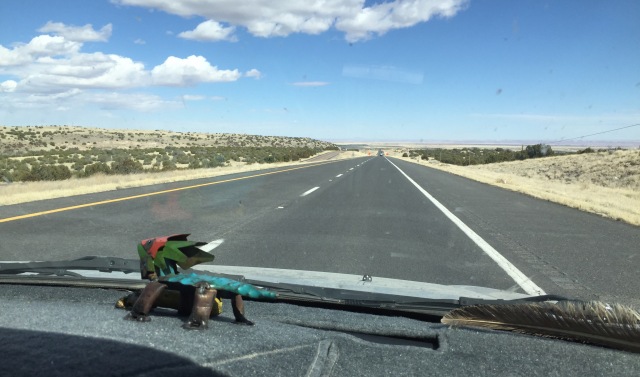 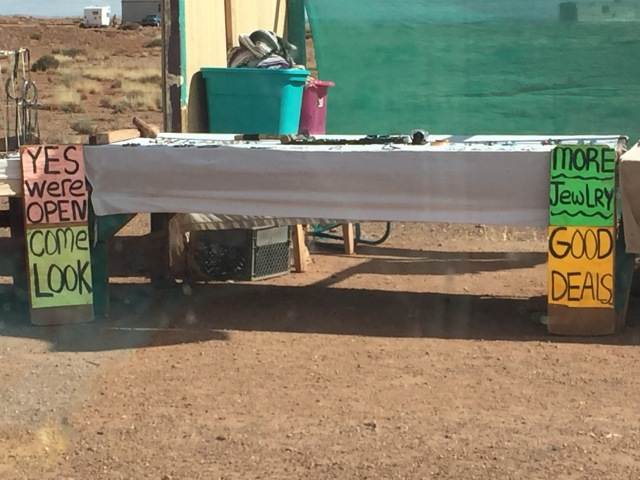 mo comes back with big bag of stuff. says they had no change, so she had to keep buying atuff. note to self: get smaller bills.

i suppose Grand Canyon is an ok name, but i wish they had named it something more specific, like Land of Giant Crows who will Peck Your Eyes Out if you don’t Cough up those Cheezits. 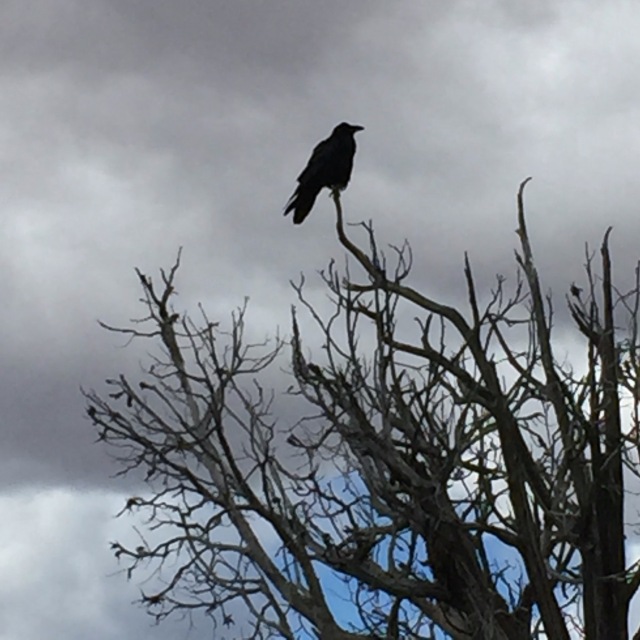 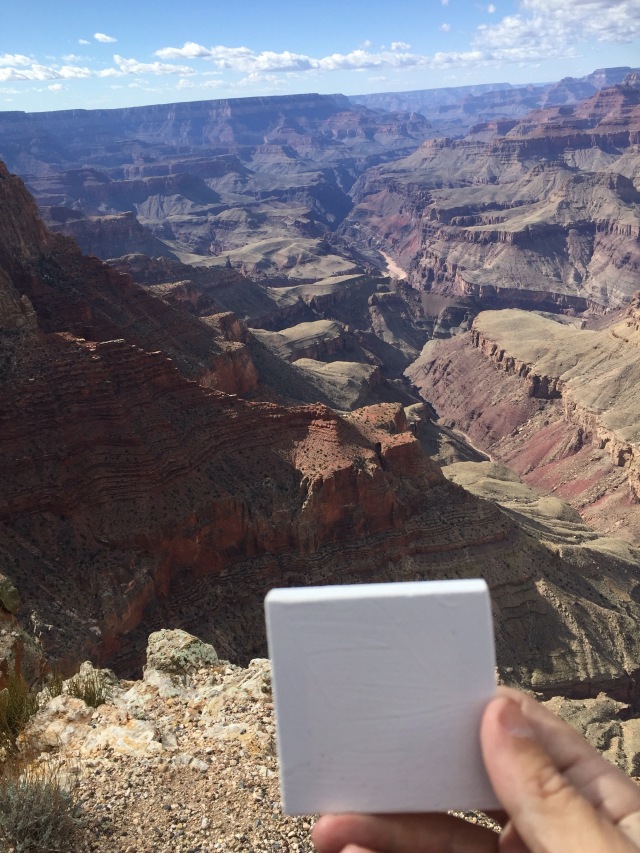 mo will do anthing for a painting. except, of course, getting out of the car when it’s really cold. 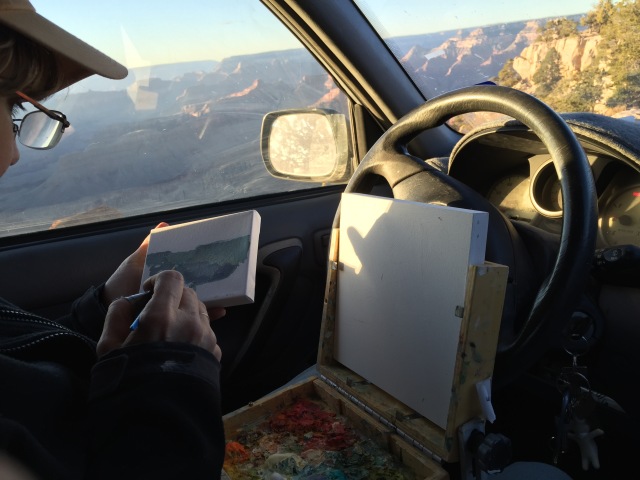 i run a half mile before realizing why people wear tights and socks when it’s cold. how do people exist when it’s below 60? 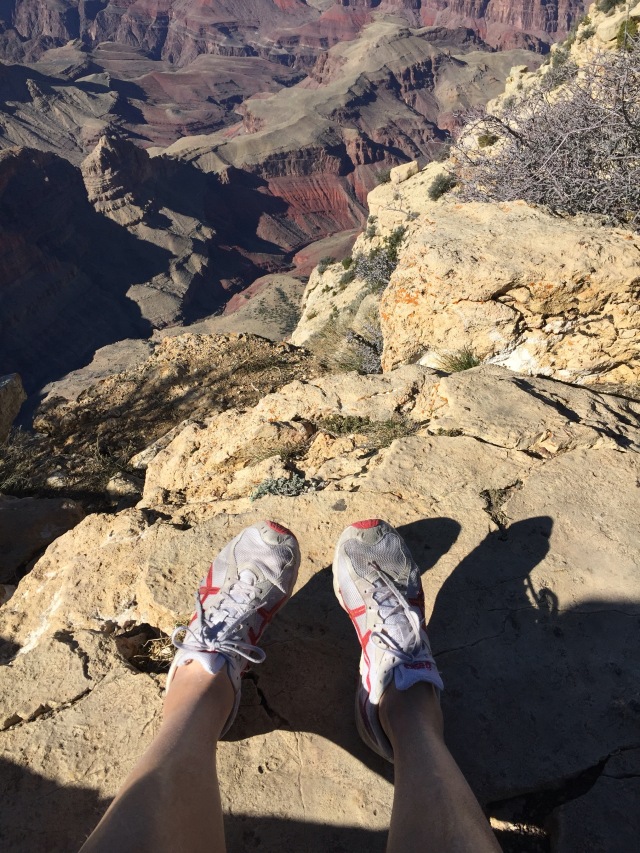 and then it got dark. the end. 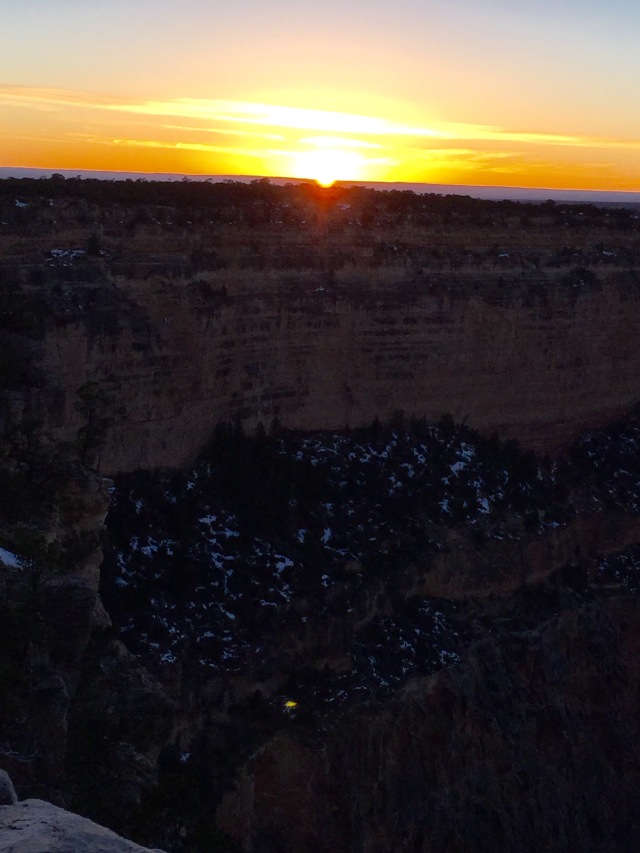