“i think we’re supposed to line up closer to the back,” one of the women in front of me says to her friend as we wait for the race to start. “no way,” the other woman replies. “i’m worried they’ll run out of beer.”

but when you’re running a race sponsored by a beer company and a sausage maker whose main attraction is a frida kahlo look-alike contest, you’re likely not going for a world record.

in fact, the announcer points that out shortly before the start. “the world record is 12:37,” he says. “you will not be breaking it today.” it’s at least 130 degrees. upside of a 7 p.m. start in south tejas in july: it makes for a better post-race party. downside: certain death.

the bibs have the runner’s name on them. mo’s says freeeeda mo. mine says benjie. mo is cooler than me. this is not  a surprise.

but other than a heat stroke, it’s a fine party. crazed kids sprint 400 meters before the longer race, the course is beautiful, the out-and-back trail offers a constant stream of fridas going by. i’m embarrassed to say i never knew frida’s affection for monkeys. i just assumed everyone brought trail monkeys.

mo hangs with me for a while before leaving me in the dust. i mosey through the miles, happy to trot again after weeks on the sideline.

we stay for the frida contest and a beer and a sausage before calling it an evening. it’s the way races should be: a party thinly disguised as an aerobic event. much fun. we almost didn’t go. it’s been a bad week, and we were sort of gloomy. this was just the cure. we make the two-hour drive home saying “wow i’m glad we went” over and over.

bad week? go for a run. preferably one that involves monkeys. lesson learned.

and no, they didn’t run out of beer. 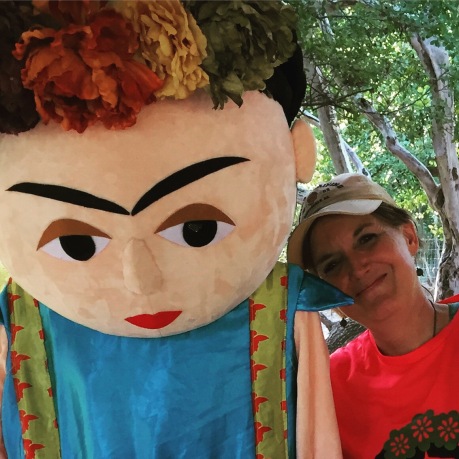 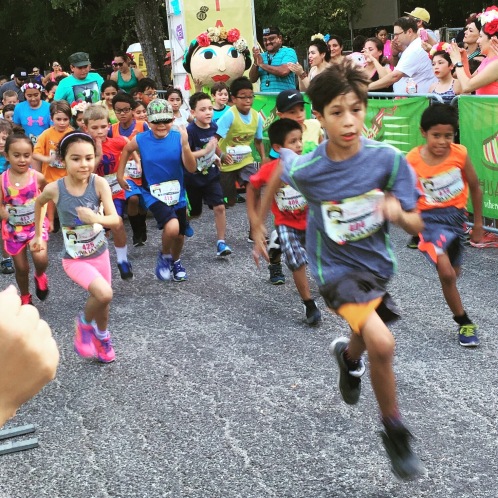