once upon a masterpiece

it’s called masterpiece in a day. you go out on the street and paint something,
ingesting red bull and big red because it’s before noon and besides. red.
have you ever SEEN a mo painting? 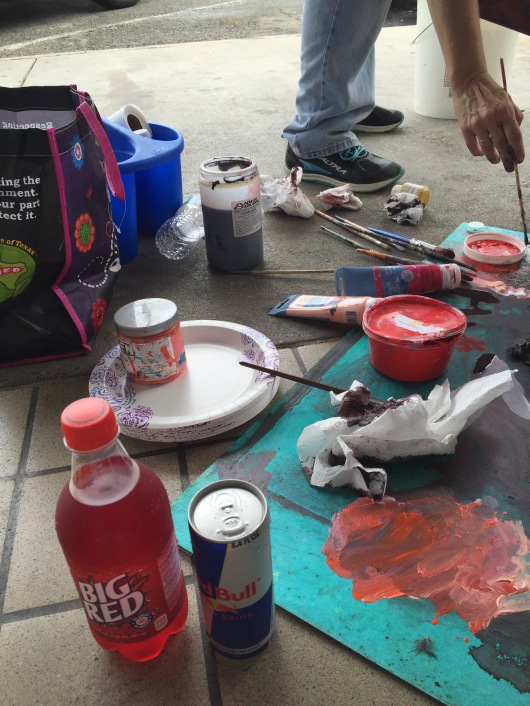 our friend tinker came to hang out while mo painted. 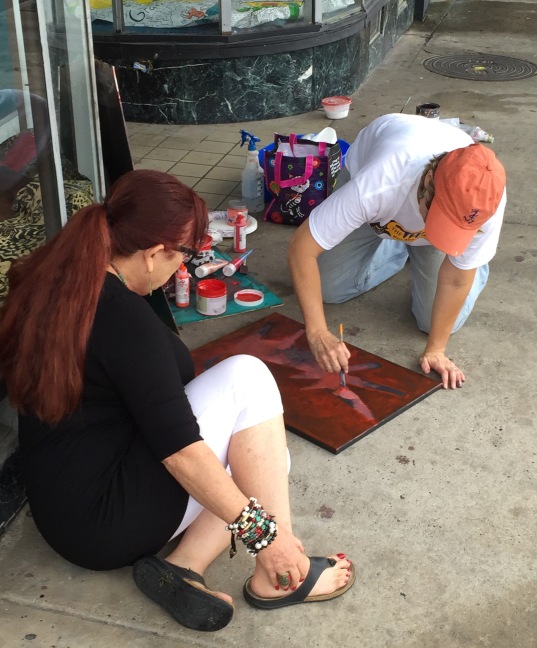 mo was painting a dog, so we got a lot of dog visitors. no butt sniffing that i’m aware of. 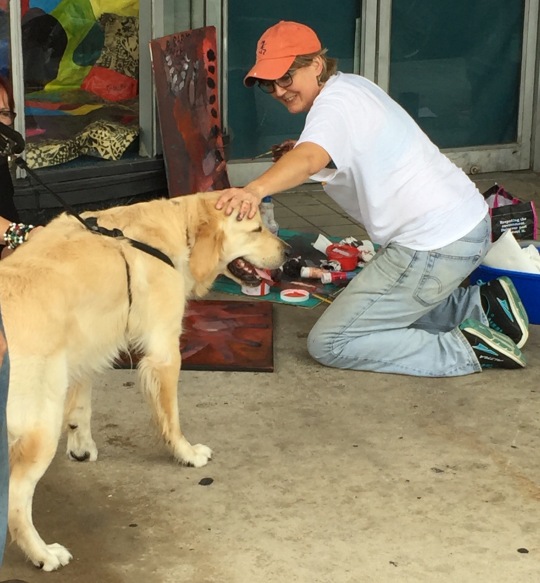 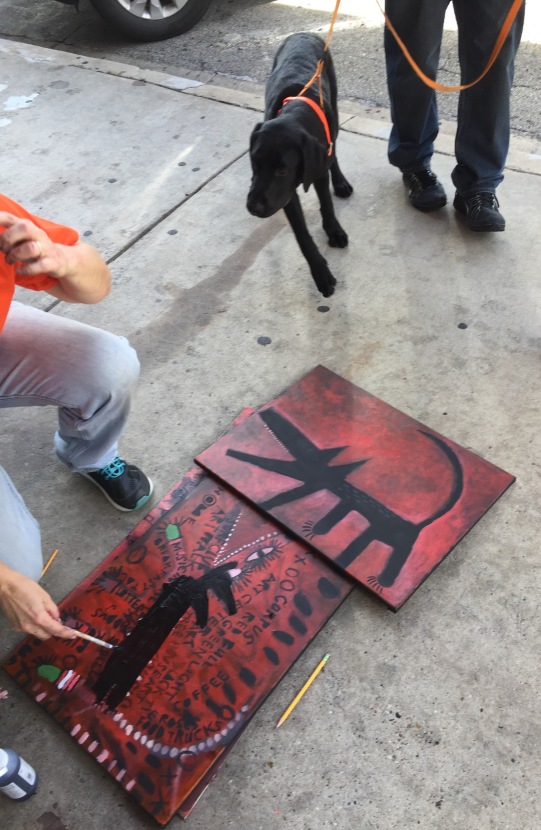 after a couple of hours of inhaling paint, the hallucinations began.

which of course means an appearance by frida. 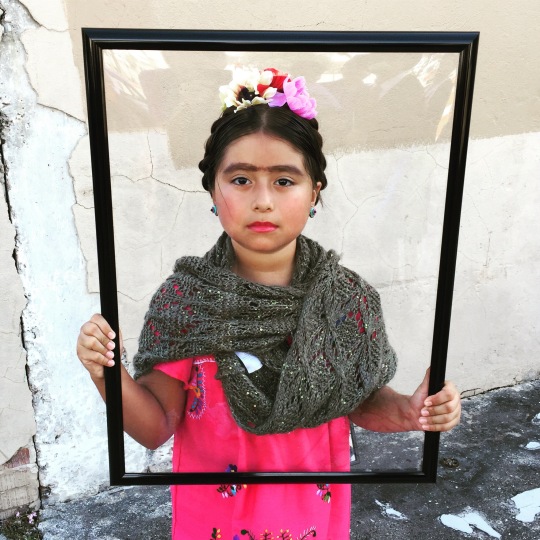 and then a parade broke out. 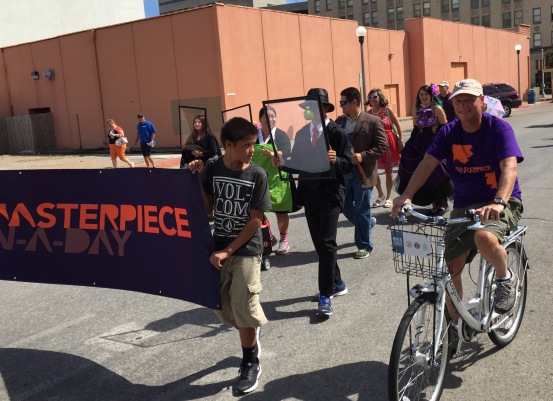 followed by dogs. some of whom weren’t too sure about art.

and some just wanted a treat. my kind of dog.

in the end, mo couldn’t decide between versions 1 and 2, so she asked her new friend annabelle, who studied them for a minute and then chose no. 3. everyone’s an art critic.

and when it was all over, the dog ended up where it started, with tinker,
who promised to give it a good home. 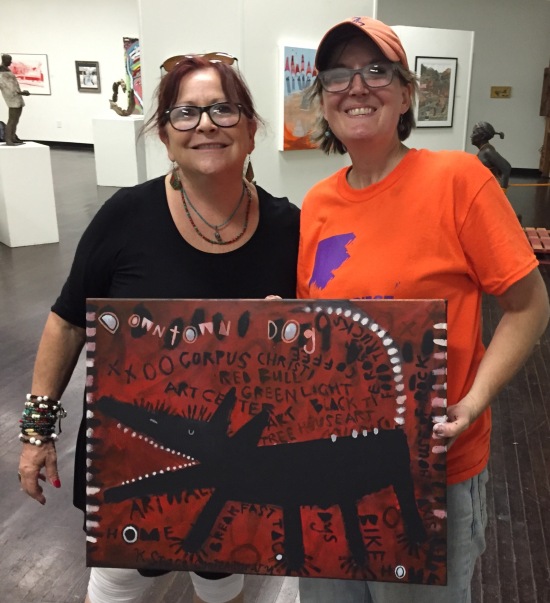 it was a good day. i hope i don’t have fleas.

no sock monkeys were harmed in the making of this blog.
View all posts by gary →
This entry was posted in margarine and tagged art, Corpus Christi, life, yellow brick road. Bookmark the permalink.

1 Response to once upon a masterpiece