“How was your manly man day?” Mo asked.

It started out innocently enough. I had a flat tire. It sort of amused me, because I was screwed. As in a screw in the tire. I could have called AAA, but I am a manly man. Plus it would require talking to a stranger.

So I pulled out the Honda’s little Barbie Tire Change Kit. It works fine unless you want to do something like remove the lug nuts from the car. But after an hour of tugging and cursing (“A Christmas Story — The Live Show”), I got them off. I need a leg lamp.

So then it was just a matter of putting on the Barbie Spare Tire. That went well enough till I lowered the car and realized the little donut tire had about the same amount of air as the flat original. But I rationalized it was only 10 minutes or so to get to the tire joint. How bad could it be?

I took off cautiously, if by cautiously you mean driving along obliviously while crooning along to a bad country song (note to songwriters: stop rhyming self with shelf. there’s no song in which “shelf” is casually worked in. Get over yourshelf.)

In every manly man’s life, there comes a crucial moment. Mine came as I drove by a service station shortly into the drive and considered whether I should put some air in. Obviously, that would be the safe thing. But this was Flat Tire Roulette. I kept driving.

All went well until I got near the tire place. A cloud of smoke was coming from the place where the donut tire used to be. I don’t know a lot about cars, but I guessed this was a Bad Sign. Luckily, I was only a half mile away. I kept driving, and as a workaround, I stopped looking back so I would no longer see the smoke. Worked great.

And finally, there I was. Stuck behind a semi-truck totally blocking the driveway. I waited. I waited for flames to start coming up from the rear. I said screw it and tried to get around the truck and into the parking lot. Except once I pulled up around him, I realized he had it totally blocked.

The tire place is on the freeway access road. I was parked in the middle of it. Cars were backing up.They were honking, and not in a good way. So  I had to keep going. I pulled into the driveway of the next store and parked. What to do? It was a one-way access road. The only way to get to the tire joint was to get back on the road and make a big loop, easily a mile. I could take the flat tire over to the tire joint, get it fixed and replace it myself, but that would require facing the Barbie Tire Change Kit again. The solution was clear: Drive on the sidewalk.

You know how they always caution runners to be careful because there might be a Honda with a flat coming at them on the sidewalk? That was me. I drove against traffic on the sidewalk, plowing through a lovely gravel decoration (bonzai garden my ass) and pulled triumphantly in.

The tire guy was impressed by the tattered remains of my donut. He said donut a lot. I realized I hadn’t had breakfast. They fixed the original flat tire and said they would special order the donut tire from the Barbie Tire Store.

And then I was done.

Driving home, I looked at the instrument panel. NOTE TO SELF: NEVER LOOK AT THE INSTRUMENT PANEL. The car was overheating like crazy, and it’s only 80 degrees. I must be low on antifreeze. I hadn’t checked it all summer because we haven’t been close to freezing. I have no idea how that works. I had antifreeze in the back seat (doesn’t everyone?) so my two choices were to pull over and add some, or try to make it back home before the car exploded. You would think I had learned from the previous episode. You would be wrong. But amazingly I made it home just before the needle on the gauge started spinning around.

I pulled into the parking lot, remembered that you’re not supposed to take the cap off when it’s still really hot, and proceeded to take the cap off while it was really hot. And then I found out why. Remember the Peter Brady Volcano Episode? The remaining antifreeze did an Old Faithful re-enactment on me. Luckily it only got the left side of my face, so I still have one sideburn left. I filled it up, shut the hood and went inside to ponder the joys of mass transit. Being a manly man is harder than the brochure would lead you to believe. My car is 28 years old. I always assumed it would outlive me, but I never suspected it of homicide.

“How was your manly man day?” she asked. 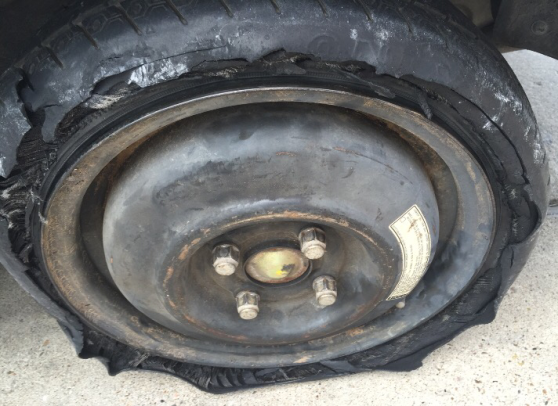 no sock monkeys were harmed in the making of this blog.
View all posts by gary →
This entry was posted in margarine and tagged life, marriage. Bookmark the permalink.

11 Responses to my manly man day