why i will never live in flagstaff. a photo essay.

Mo is off. We decide to go for a run. It’s cold outside, but that’s OK. We’re runners.

I pull on the faithful blue woolly shirt. Mo dons her red sweatshirt. We step outside. It’s cold, but that’s OK. we’re runners.

I stop by my car as we leave the parking lot and grab a second layer, my bite me elf shirt, just in case. We drive to the track.

The gate is locked. And it’s cold, but that’s OK. We’re runners. Mo thinks we can sneak in through the secret inside gate. I am skeptical.

We walk around the tennis courts, past the fitness center. We hit a shady spot, making it even colder. Although it’s around 60 degrees, the wind chill plunges it down into the mid-50s, testing the ability of man to survive. Not sure about women. It’s cold. I might have mentioned that already. But that’s OK. We’re runners.

As we near the track, we step into the sunlight. It’s a beautiful morning. The sky is blue, the leaves are doing wind sprints, one lonely runner is floating down the back straight.

And sure enough, the secret gate is open. We’re set. We walk through the entrance onto the track. It’s windy. And it’s cold. But that’s OK. We’re runners.

A gust of wind hits us. We look at each other. We turn around, go back to the car, and go to Einstein’s for bagels and coffee. I have blueberry; Mo has sesame seed. I drink the house blend, while Mo opts for a combination of three or four flavors. She’s a rebel.

We sit next to the window where the sun is shining through. It’s uncomfortably hot. But that’s OK. 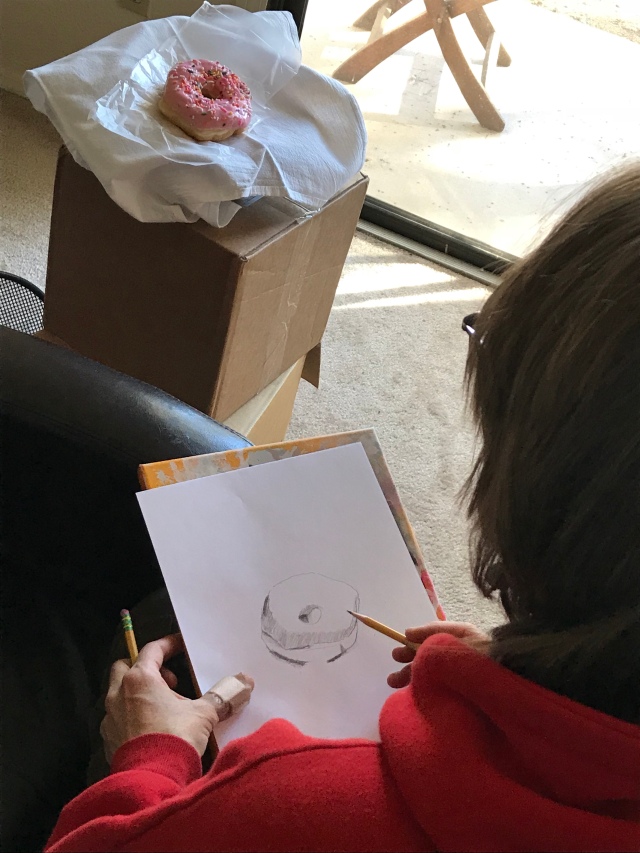