the sherwood leafblower massacre. based on a true story.

It was a dark and stormy night. Skipper (in red) had persuaded Carolyn (in the ASU cap) to drive out to Sherwood. “Great courthouse,” he said. She was reluctant, but he was her brother. He would never steer her wrong. She agreed. 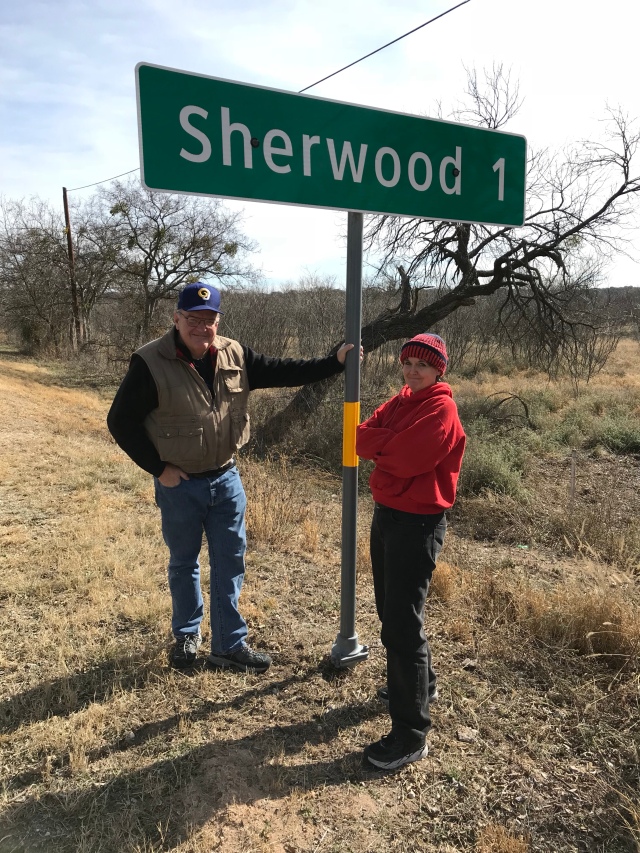 It was a small, winding road. A few darkened homes were along the way, but mostly the road was abandoned, a ribbon of eeriness under a starless night. And then. 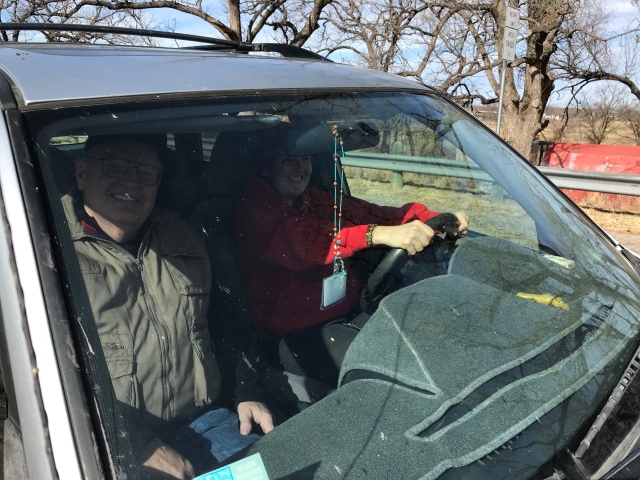 Luckily, the courthouse was just ahead. They walked warily up to it in hopes that someone there could help.

But then Skipper become distracted by a cute female they met as they entered the courthouse grounds. A lick and a wag, and Carolyn was on her own.

Carolyn walked up to the courthouse door. It was obviously a bad idea by the ominous music building to a crescendo on the soundtrack. DON’T DO IT, CAROLYN. And still she did.

And then, A CRAZED PERSON IN OVERALLS WITH A LEAFBLOWER JUMPED OUT FROM BEHIND THE FACADE. Was it a classic horror movie development? Or had this been staged by the innocent-appearing but fundamentally devious Skipper all along? 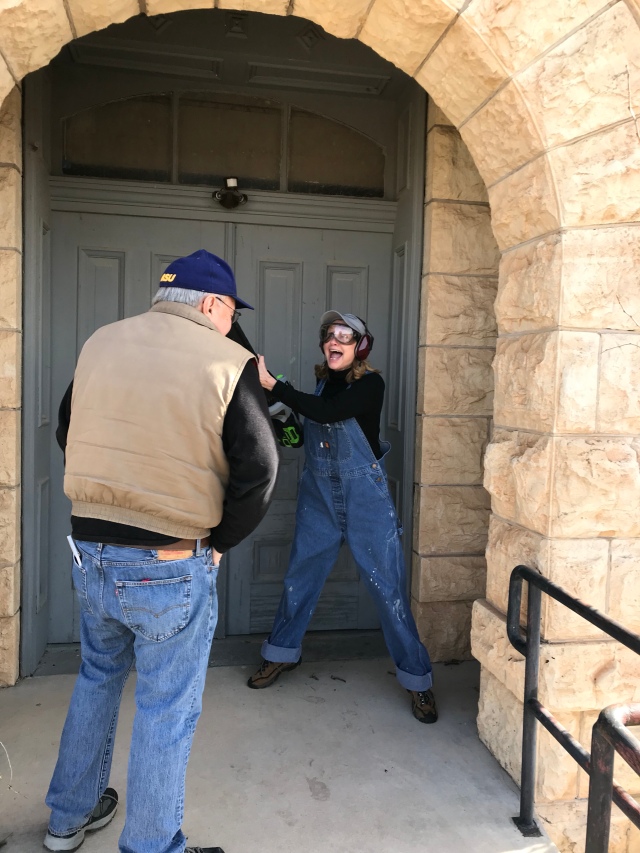 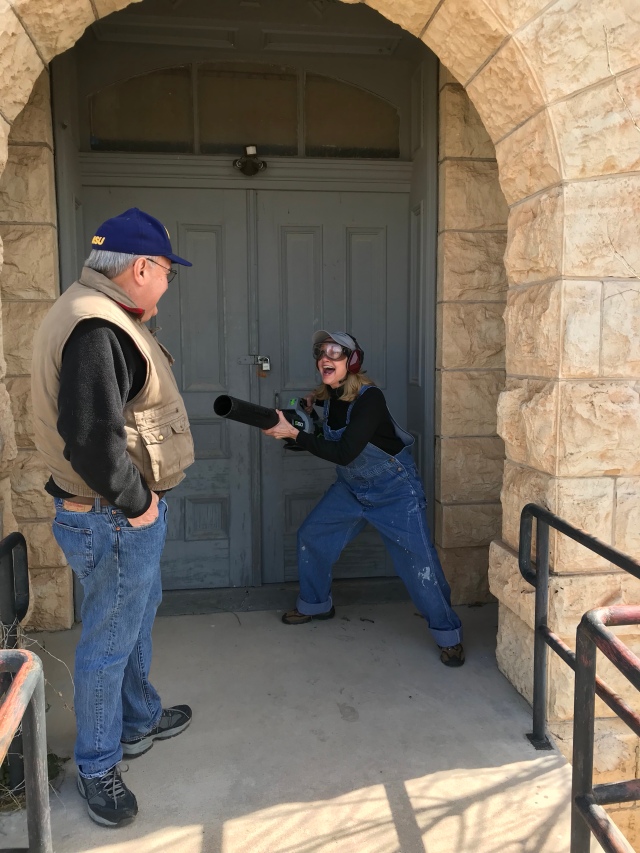 But then, a well-placed kick to an ill-placed area, and the attacker was no more. The classic horror movie ending. 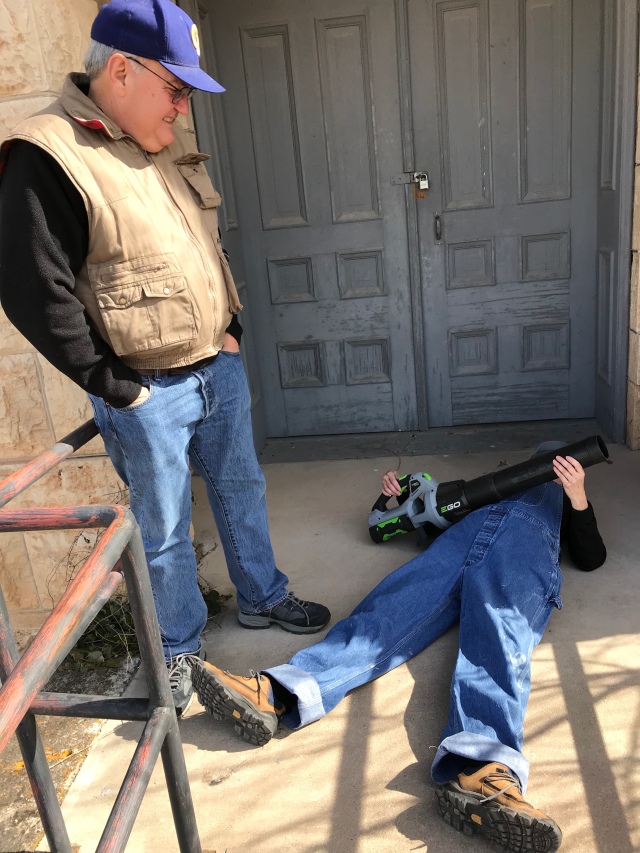 The group piled into the car, which mysteriously started upon their return, and went on to see the sights. Except they forgot the first rule of horror movies:

The nightmare continued. (they had to smell dumpster-encrusted shoes all the way home.) 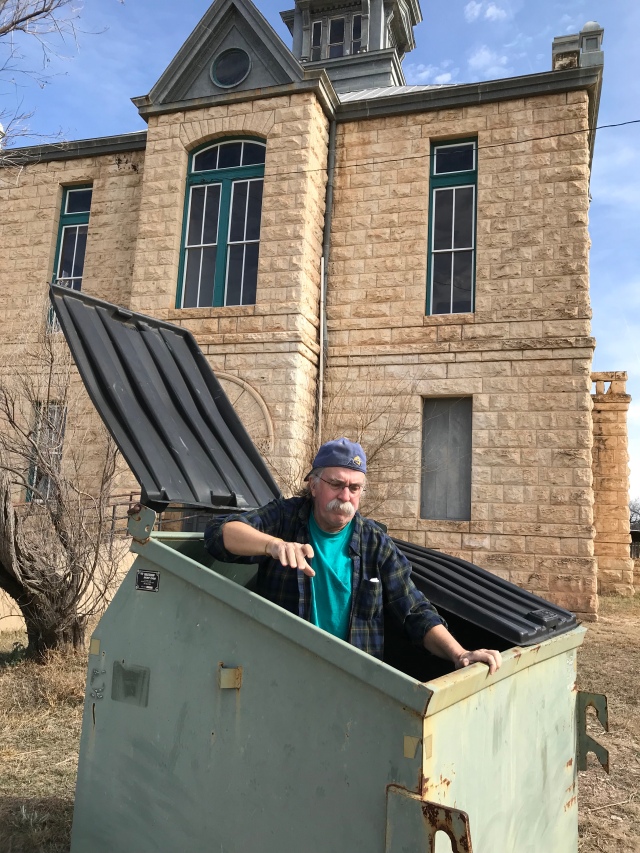 (Disclaimer: No dogs were hurt in the making of this movie. Although the effects of the weird dumpster sludge on the bottom of running shoes remains to be seen.)

no sock monkeys were harmed in the making of this blog.
View all posts by gary →
This entry was posted in margarine and tagged life, oompa loompas, texas. Bookmark the permalink.

1 Response to the sherwood leafblower massacre. based on a true story.