Well, I guess that this is now the end
Who’d have thought, my old friend
— the prophet aimee mann

As we’re heading toward the track, three guys are coming out. They’re all shirtless with the bodies of aspiring NFL guys. Football cleats in hand, coated in sweat. We must be giving them the “ummmmm, so where have you been” look, because one of them says, “Oh, yeah, we jumped the fence.”

We tell them what the security guy said about closing. They don’t seem surprised. “Chaparral’s usually open,” one of them offers, referring to the high school down the road. “And maybe Saguaro,” the guy on the right adds hopefully. We’re a bunch of junkies gathered on the street corner looking for a fix. But the fix won’t last. High schools aren’t available during the week, and a track in the city doesn’t replace the panorama that stretches behind the SCC track.

We all shrug and go on with our lives. Mo takes me out on the dirt loop around the school that she had tried earlier in the week. It’s OK, but the back half has too much traffic, and there’s just that karma. Once you’re not wanted someplace, you’re not wanted.

We do the math as we drive home. We discovered the track in 2000, when we had first became us. It was love at first sight. We got an apartment as close to it as we could find. When we moved to the south side of Phoenix, we would make the 45-minute drive to run there. When we moved to South Texas, we would visit the track when we came here for vacation. Go see the Grand Canyon? Only if there’s time after we commune with the track.

“I should have know that it was coming down to this,” the prophet Mann once said. I didn’t listen.

And now it’s not. 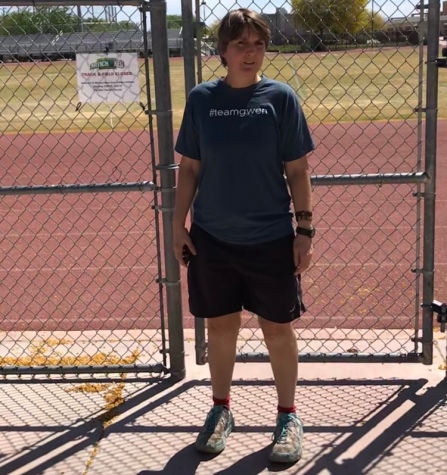 no sock monkeys were harmed in the making of this blog.
View all posts by gary →
This entry was posted in running and tagged life, running, track. Bookmark the permalink.

1 Response to way back when