If you’re going to run on the track during the off-season, you must be prepared to do some shoveling. And so I did my best to clear off Lane 9. 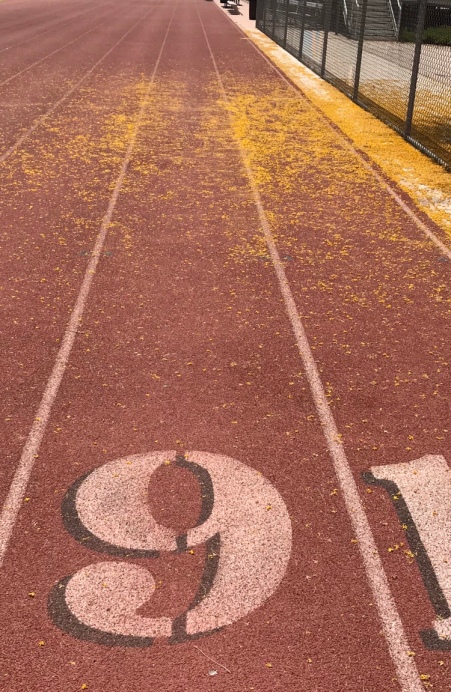 Approaching the track today, I assumed it was closed. Nobody was there. But then it hit me. It’s summer.

It’s 97, Ma Nature’s way of making you suffer without the satisfaction of triple digits. I’m out for a couple of miles, still deciding whether I’m dead or not. I’m guessing yes.

After the first lap, I strip down to nothing, basking in the delirium of the slightly heat-addled. No shirt, no phone, no keys. Just shorts, hat and some Piranhas with a slightly suspicious odor. I can’t remember the last time I ran naked. It feels great, that primitive feeling of running with nothing more than a $120 pair of 4.5 ounce racing flats not made for 13:45 miles. But never try to reason with a mad dog or an Englishman. Actually, I’m not English and I’m not running on the Mad Dog course. But Mo says I’m generally too literal anyhow.

I run alone, the sun washing away last night’s deadlines. And then I see him. David Torrence. 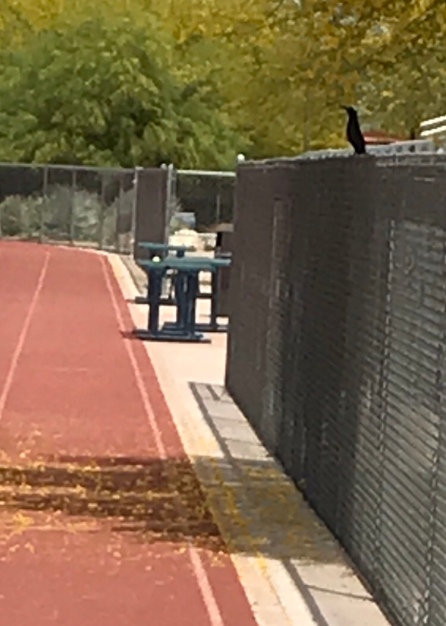 Longtime readers will recall David is a world-class middle-distance runner whom I saw on the track the day he died. He was standing in this same spot that day. It’s the only shady spot on the track when you’re out around noon. He was running repeats and then hanging in the shade one day last August. Later that evening, he went into the pool at his condo down the street from us and drowned.

He sits on the fence at the spot where I last saw him. Every time I come around the back turn, he flies off, only to return when I’m 40 or 50 meters down the straight. We repeat this every lap for eight rounds. What does it mean?

Maybe he’s lost. The afterlife has no Garmin, and he’s not sure where he is, so he’s sticking to the last spot he can remember.

Maybe he’s just doing intervals. That’s what he was doing last time I saw him.

Maybe he’s mad at me because my last words to him weren’t “DUDE YOU HAVE A BAD HEART DON’T GO INTO THE POOL ALONE IN THE MIDDLE OF THE NIGHT.”

Or maybe it’s just a shady spot on a hot day.

And when you get down to it, isn’t that all we really want? Just a shady spot on a hot day.

I don’t know what happens when we die. But it if it means sitting in the shade on the side of the track, I’m ready.