it never gets easier

On my way to to the track, an NPR show’s host was interviewing a software guy who wrote a program that’s now worth $9 billion. The interviewer asked if his approach to work has changed now that he has that much money. But he said it’s like cyclist Greg LeMond once noted: “It never gets easier; you just go faster.”

I’m thinking about that on today’s runlet. Three insanely fast runners are on the track. Two coaches, some PR person, couple of groupies, endless 200 repeats. My millionth lesson in humility.

I settle in to lane 7, given that 9 is being used for their cooldowns. My legs are dead from yesterday’s climb. I push a bit to go under 12 for a mile, a moral victory on a day of defeat. It hurts.

I’m reminded I don’t really know what hurting is like yet. I don’t have the legs yet to create sufficient suffering. These guys have pain caves I will never have the privilege of spelunking. So, so fast.

I shuffle through a second mile, mostly to cling desperately to the exhilaration of being on the same patch of earth as the gods. I look forward to tomorrow, a new day on fresh legs. l look forward to the suffering.

It will never get easier. I will just go faster. Here’s hoping. 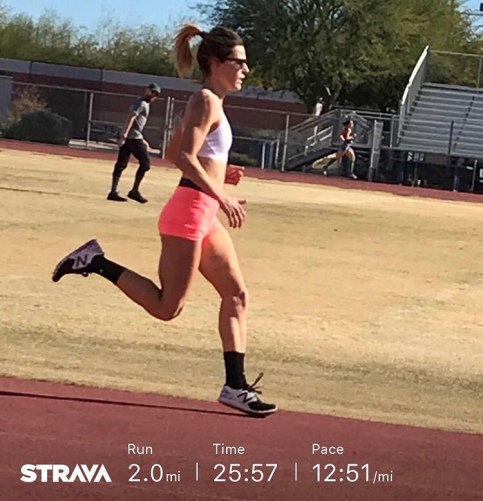