He’s pacing around nervously. I don’t know what to do. So we go for a walk.

But the magic is gone. He stays six paces behind me, wary of the stranger leading him to an uncertain future.

We make the usual left turn and head for the lily ponds. But when we’re a block away, he stops.

“I don’t think this is a good idea,” he says softly. I have no idea what he’s thinking. “I know it’s stupid, but …” he says, and his voice trails off as he fixes his stare on the asphalt.

I assure him it’s no problem. We walk home, and his pace quickens as he sees the white and red refuge.

We sit on the porch and overfeed the cat, who serves as a buffer between us. He studies me occasionally, unsure. I give my autopilot speech. I’m your favorite brother Gary. I’ve known you since you were 2 years old. We’re friends. You’re safe.

But he’s not buying it. He wanders through the house, keeping a safe distance from the weird guy. We listen to john prine. “hello, in there. hello,” he sings. The chorus echoes in my head.

You learn a lot from running. You have good runs and bad runs. When the wheels fall off, you suck it up and wait for the next day. Pull on the trusty hokas, turn the cap backwards and try again.

This race isn’t over. 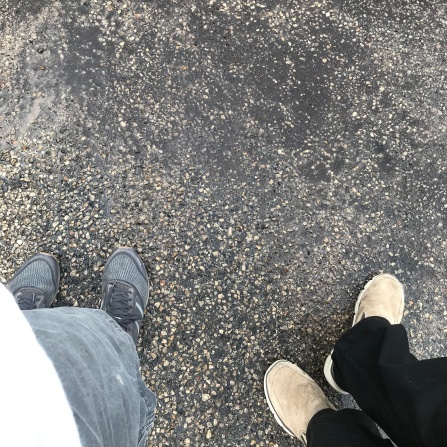 no sock monkeys were harmed in the making of this blog.
View all posts by gary →
This entry was posted in margarine and tagged #dementia, brothers, life, yellow brick road. Bookmark the permalink.