“WE CANNOT LET THE CURE BE WORSE THAN THE PROBLEM ITSELF.”

Salazar had posted late Sunday on another of his post-Fox tirades.

Mister Pants wondered. Could the Cure be worse than the problem itself? He investigated.

But still. Could the Cure be worse than them? Come on, we’re talking Robert Smith here. the hair and mascara alone are hard to compete with. But those songs. “Just Like Heaven.” “Friday I’m in Love.” “Lovesong,” the word’s saddest ode to romance.

But the tipping point would have to be Robert Smith’s guest appearance on “South Park,”  where he turned into a giant monster to protect the universe from harm. Mister Pants figures the world could use a little protection from harm these days.

On the bright side, Ernie Pook wrote him to say all was well and he was on the way. Mister Pants headed out for an easy 3 miler on the bird loop, a song in his heart and doom on his mind. 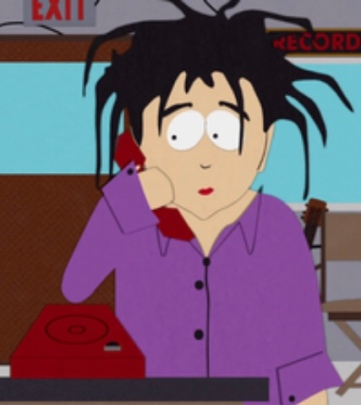