“It is a problem when you are talking too much.”
— Sarah M. Broom’s brother

Scenes from a pandemic: 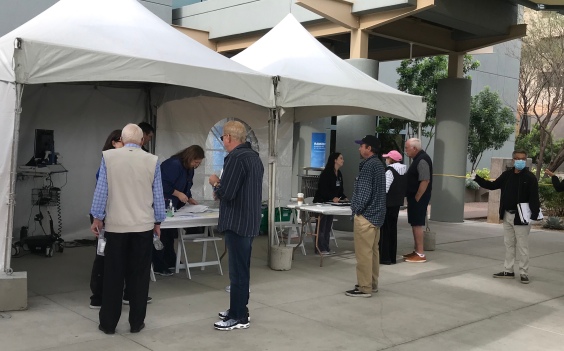 The hospital allowed people through one door only, and required taking a lie detector test to gain entry. Mister Pants was met by an anesthesiologist who asked him a series of lie detector questions. Mister Pants marveled at how expensive it must be to use an anesthesiologist for this particular task, but he didn’t say anything in hopes of being sedated in the process. Sadly, he was not. Sorry, Ramones.

He was met with the usual barrage of questions. Have you had a fever? Have you been coughing? Have you changed out of your pajamas in the past week? Have you ever watched “Melrose Place”? The nice man started intently into Mister Pants’ eyes as he asked each question. Mister Pants said no to each, hoping his blushing at the memory of Courtney-Thorne Smith wouldn’t give him away. It did not. He was in.

The clinic was in full pandemic mode. The check-in people wore gloves. The chairs were taped off with crime scene tape to ensure people stayed six chairs apart. The place was almost empty, the result of all unnecessary procedures suddenly becoming unnecessary. Mister Pants waited. And then, he went in for his blood test.

He sympathetically asked the guy poking a needle in him how he was holding up. “It is what it is,” the guy said.  His eyes turned dark. “I think it’s all overblown. The question is, who’d behind all this? What is their purpose? And what will they do next?”

Mister Pants was speechless. On the one hand, he wanted to ask the guy EXCUSE ME WHAT THE HELL ARE YOU TALKING ABOUT AREN’T YOU A HEALTH CARE SPECIALIST SHOULDN’T YOU HAVE A CLUE AND IF NOT IS THIS REALLY SOMETHING YOU WANT TO BE TELLING A TOTAL STRANGER? On the other hand, the guy had a needle in Mister Pants’ arm. So he nodded politely, left quietly and refrained from stealing the large bottle of Purell in the lobby on the way out. 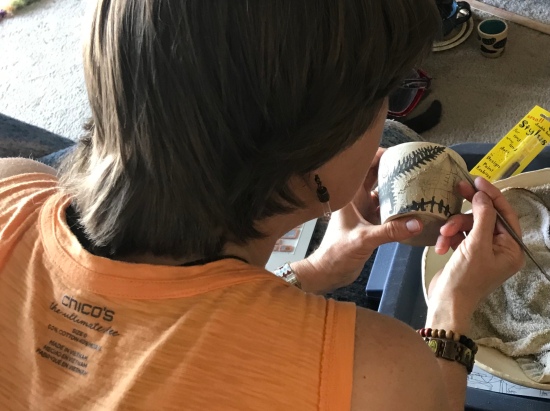 ■ At home, Mo was making pottery in the living room, the byproduct of her pottery studio falling victim to the vermin. “I feel like I’m going to die,” she said quietly. Mister Pants found himself without a clever answer. He would have hugged her, but 6 feet and all that. When in doubt, pottery. Always more pottery.

■ And then, of course, came the run at the Mad Dog. Uncle Hal said 12:30 was his fast pace. Mister Pants was skeptical until a couple of miles in, when he realized he would never doubt Uncle Hal again. Perfect. The park was lovely. A kid was flying a kite, even though there was no hurricane. Runners and walkers and cyclists and frisbee don’t call it frisbee it’s disc golfers were everywhere.

And at the 3-mile mark, there they were. An older couple walked while holding hands. And suddenly, it was a normal day. Just people enjoying life in the time they have left. None of us ever knew how long that would be. Maybe we’ll think about it a bit more, appreciate it. Listen more, don’t talk too much.

It could be a pandemic. Possibly it’s a conspiracy. Maybe both. Whatever. Mister Pants has his kite. He’s standing on the beach. Bring it, hurricane. Bring it.