The sun is the same in a relative way

So on and on I go,
the seconds tick the time out
So much left to know,
and I’m on the road to find out
— Yusuf Islam

My blog, I Like Margarine, was born 11 years ago today. I went for a run, saw a dog, and wanted to write about it. But I had no platform to share my thoughts. And then, on this day in 2009, I did.

Blogging (which apparently ended in 2013 without anyone telling me) is an odd thing. You share your innermost thoughts to a smattering of strangers. It’s like writing a diary and leaving it on a table in Starbucks (back when you could still go into a Starbucks and they had tables) in hopes someone will pick it up and thumb through it. Why would anyone even do that? And I don’t much care for Starbucks coffee anyhow.

But I was looking through old posts today and remembered why. It’s been a good life. You forget stuff. Small moments, big events, great thoughts. But if you write them down, you can re-live that moment years, decades later, long after you had forgotten them altogether.

I wandered down memory lane today, looking at old posts and forgotten dreams, puppies and pie races, and my life in little snapshots. Glimpses across the years …

But during that hour a day at the Sun Ray, I’m the person i was meant to be again. I’m the same stealthy runner i was way back in the day, chasing down lesser mortals on the trail and terrorizing rabbits as they try desperately to stay out of my way. The wind blows through my hair, the sun bakes my psyche, the comfortable cadence settles in, the sweat washes away the gloom of the world. It’s a timeless joy I will never tire of. For a few moments on a perfect April morning, i’m a puppy again.

In my own little protest over the Arizona immigration law, which nobody actually understands but everyone has an intractable opinion of, I have decided to boycott Arizona.

Which is a problem because I live here.

What’s the point? I vaguely recall that there was one once. I just don’t remember what it was. Or my ZIP code. I don’t need to. I remember what’s important. To live. To run. To be.

Maybe it’s just life. Maybe it’s just high tide. Maybe the point is to take the one thing that you love so desperately and wring it like a cotton T-shirt that’s just gone through a run to remember.

I’m on a mission from God. White Cake.

Mo has sent me to the store for a little square of white cake with white icing. Mo is a sucker for the white cake. If forced to choose between white cake and Matt Damon, she’d eat white cake with Mr. Damon. I just hope she never has this opportunity.

He’s got that look.

The clean-cut, perfect haircut, bright-eyed, intelligent air about him that lets you know he’s destined for success. Late 20s maybe. Wedding ring, baby face, handsome in a non-threatening boy band way. The kind of person I generally try to avoid because I’m intimidated. But today I can’t avoid him. Because he’s asking me me what kind of sandwich I want.

We stood quietly for a long time, each left to our memories. I thought about how many birthdays I missed, how many times I didn’t call till 10 p.m. between deadlines, how she must have been waiting by the phone all day. I’m sorry, Ma. I thought about the copy of “War and Peace” next to “Saloons of the Old West” in the garage. Of how I would give anything just to hear her say “Rare Bear” one more time.

For an artist, the joy is in the creation, not the commerce. A sense of validation maybe, but no love. I guess if you sell something, you can make more. But not another space monkey. He has a soul, an aura. He has a home. He has an Artist. He just needs to get back to them.

So he waits. For the candles to burn down and the light to dim. For me to reluctantly fall asleep. For the end of his incarceration. For my untimely demise, and his family reunion.

He tightly grips the Death Ray Gun, sneaking an occasional glance from the corner of one eye.

Dementia. The demise of all those stories, all that knowledge, all that history, all those memories. I don’t know what to do with that. I cry, I scream, I mope. He was always the one constant in my life, the guy I knew would be there forever. How the hell am I going to figure out how to get to the top of Mitre Peak now? What exactly WAS the story about the beer-drinking goat mayor at Lajitas? What’s your best Ed Cole tale? Whatever happened to that Cowan guy? Whatever happened to us? Did we turn out OK?

I hope they allow cowboy hats in jail.

They are dressed in their Sunday finest, assuming you’re consuming acid on Sunday when you choose your attire. There’s music and hugs and lights and absurd costumes and fire. Everywhere, fire.

This April is still a work in progress. I’m on the road to find out.

It’s just a blog nobody will ever read. And that’s OK. If the mass of men are leading lives of quiet desperation, maybe this serves as my one chance to channel my inner Thoreau. Eleven years of little loops are my Walden Pond. I’m good with that.

See you on the trail. Frosty’s on me. 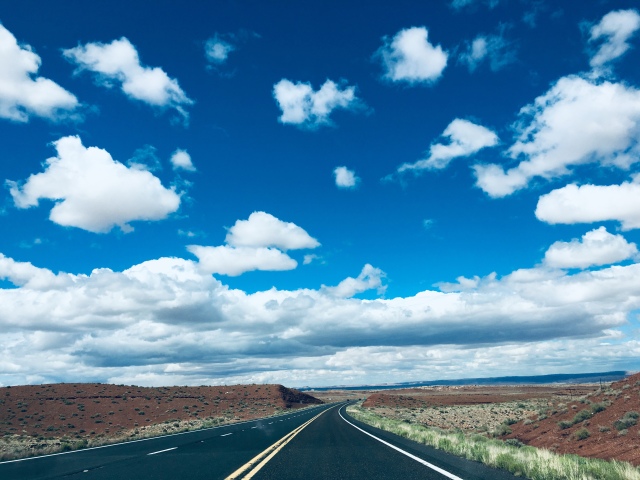 no sock monkeys were harmed in the making of this blog.
View all posts by gary →
This entry was posted in margarine and tagged life, marriage, religion, running, yellow brick road. Bookmark the permalink.