life on a chain

I was waiting over here
for life to begin.
— the prophet peter joseph yorn
—

There’s a particular cruelty that someone  just hitting stride as she begins her 10th decade on the planet could be forced into solitude. She’s a party girl — casinos, a regular rendevous with a Scottsdale bartender, water aerobics, a circle of friends.

And then one day in March, she found herself in a submicroscopic prison.

I took over her shopping duties while we did the covid mambo, learning the difference between jam vs. preserves and martini olives vs. regular olives and DAMMIT YOU’RE SUPPOSED TO GET CHICKEN BREASTS WITHOUT SKINS YOU MORON. She dutifully sheltered in place, content to watch golf (they have cute bottoms), baseball (see previous) and Rachel Maddow (not sure about her bottom, but it’s always fun to guess what she’ll be wearing on any particular night.)

She was 90 at the time, and statistically speaking, her chances of survival if she contracted the coronavirus would be the equivalent of Giuliani’s hairstyle holding up on a sunny day.

I worried constantly. What if I had it but was asymptomatic? I would dash in, dump her groceries, receive my admonishment for Bird’s Eye vegetables in cheese sauce when they should be plain, and chat for a minute before making my hasty getaway. It has to get better soon, I thought. It has to.

And then it didn’t.

I live on a chain, the prophet Yorn write. And she did.

She turned 91 in September. The months of isolation were grinding away on her, and the numbers were going down a little in our state. She decided she could start shopping for herself. I don’t want to live like this anymore, she said. I had no response.

So she fired up the Studebaker, a bear’s natural habitat, and resumed her rounds. It was the classic story of a heroin addict. One store led to two which led to four at last count. She has returned to her hair salon. She is in close contact with a bunch of people who may or may not be high risk. Mask? Sometimes. not often.

Is staying safe worth the price?  She doesn’t want to spend her remaining time on the planet cooped up in solitary confinement. She’ll be first in line for the vaccine, and if she has to go to the hereafter, she’ll go with a martini glass, Sinatra blaring in the background while she dances about the apartment.

Maybe she’s right. Freedom’s just another word for nothing left to lose, Kristofferson said. What does she have to lose at this point? She cooked her first turkey ever for Thanksgiving this year. We pretended to socially distance, but how much distance can you hope for when there’s pie involved? She seems to be doing fine. I’m happy for her. 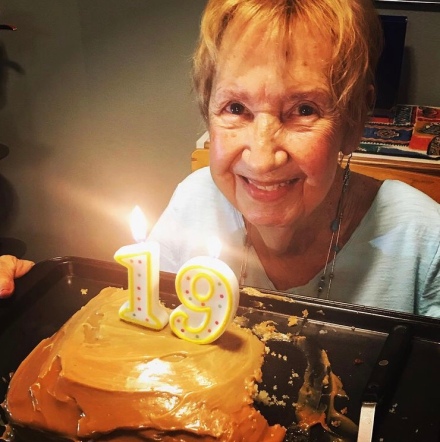 no sock monkeys were harmed in the making of this blog.
View all posts by gary →
This entry was posted in margarine. Bookmark the permalink.
Loading Comments...